Call Experienced & Trusted
Criminal/DUI Atty. Robert J. Munley
Contact Us Now For a Free, No Obligation Review of Your Case

Atty. Munley has a proven track record of successfully representing individuals with serious felony and misdemeanor charges in Northeastern Pennsylvania for the past 23 years. He’s earned a reputation for getting results for his clients when they need it most! Atty. Munley practices only criminal and DUI defense. He’s been a board certified criminal trial specialist since 2003. If you’re charged with a crime in Northeastern Pennsylvania, call Stroudsburg and Scranton Criminal Defense Lawyer Robert J. Munley for a free review of your case.

Atty. Munley fights to protect each client’s record. Programs are often available where charges can be dismissed and expunged after successful completion of court supervision, including ARD, Sect. 17, and Drug Court. Plea negotiations handled by an experienced, proven criminal defense attorney can often result in no incarceration and sometimes no criminal record.

In some cases, a client has to go to trial, like when the government‘s evidence is questionable. Atty. Munley has been successfully defending clients in their criminal trials throughout Northeast Pennsylvania for over 20 years. Atty. Munley has met the rigorous requirements to be designated a Certified Trial Specialist by the National Board of Trial Advocacy since 2003 and has been recertified every 5 years since. If you’d like to know more about taking your case to trial, call Scranton and Stroudsburg Criminal Attorney Robert J. Munley.

A driver can be charged with Driving Under the Influence (DUI) if the blood alcohol level is .08% or above or if the driver is under the influence of controlled substances. A blood sample shows the alcohol level or the amount and type of controlled substances in a person’s system near the time of driving. The severity of the DUI is based on how many DUIs the driver has had in the past and the level of alcohol or drugs in the driver’s system.

A driver is usually eligible for ARD when: it’s a 1st offense DUI within the last 10 years, there are no kids under 14 in the vehicle, there are no serious injuries, and no previous criminal convictions. ARD typically consists of 6 months probation, at least one evaluation, classes, and a license suspension in most cases of 30 or 60 days. Charges are dismissed and the record is expunged or destroyed once the program is completed.

Drivers ineligible for ARD have 2 options: 1. Plead guilty to the DUI or 2. Fight the charges. Drivers who plead guilty are often eligible for house arrest sentences where instead of going to jail, the driver lives at home and wears an ankle bracelet. The driver is permitted to go to work while on house arrest.

In some cases, mistakes are made by the police or the driver’s rights are violated during a DUI arrest. In those situations, drivers can fight their cases in court either through pretrial hearings or at trial. It’s the Commonwealth’s job, not the driver’s, to prove the DUI was legal. At trial, the Commonwealth must prove beyond a reasonable doubt that the driver violated the DUI laws. Also, if it’s a jury trial, the verdict must be unanimous before the driver can be found guilty.

If you’ve been charged with a DUI and need answers, call Stroudsburg and Scranton Criminal Defense Attorney Robert J. Munley for a free analysis of your case. Atty. Munley will review your options with you, including whether you should choose the ARD program, request house arrest, or fight your case in court.

Recklessly Endangering Another Person, a misdemeanor, is when a person places another in danger of death or serious bodily injury.

Terroristic Threats, a misdemeanor, is when a person threatens violence against another with the intent to terrorize that person.

Strangulation is when a person intentionally impedes the breathing of another by applying pressure to the throat or neck of another or blocks the person’s nose and mouth. Strangulation is either a misdemeanor or a felony depending on the facts of the case.

The main defenses of assault cases are “self defense” or lack of an actual injury. If you’ve been charged with an assault crime in the Stroudsburg or Scranton areas, call Criminal Defense Attorney Robert J. Munley for a free review of your case.

If you’ve been charged with a theft-related crime, call Stroudsburg and Scranton Criminal Defense Attorney Robert J. Munley for a free review of your case.

Sex crimes include: Rape, Sexual Assault, Involuntary Deviate Sexual Intercourse, Indecent Assault, Corruption of Minors, Sexual Abuse of Children (child pornography) and Indecent Exposure. Sex crimes usually involve some type of sex act or inappropriate touching with another without the other’s consent or if the victim is under 16 yrs. old.

Convictions for most but not all sex crimes result in the perpetrator being designated a “sex offender” and fall under Megan’s Law, SORNA, and Adam Walsh Act requirements. The length of time required to register as a sex offender ranges from 15 years to lifetime. Everyone required to register as a sex offender must also go through a process to determine if they are to be classified as a “SVP” or “sexually violent predator.”

If you are charged with a sex crime, call Scranton and Stroudsburg Criminal Attorney Robert J. Munley for a free consultation. The proper representation could determine whether you’re designated a “sex offender,” whether you’re sentenced to jail or probation, or if your sentence is served in a state or local prison.

Delivery of a Controlled Substance is when a person actually transfers a controlled substance like marijuana, meth, or heroin to another person. Possession With the Intent to Deliver a Controlled Substance is when a person plans to transfer drugs to someone in the future. These crimes are always felonies. Sentences are based on the type of the drug, quantity, and the person’s prior record.

If you are facing a misdemeanor or felony drug charge, call Scranton and Stroudsburg Criminal Attorney Robert J. Munley for a free consultation to learn what your options are.

Anyone ever fingerprinted due to charges filed, whether convicted or not, most likely has a criminal arrest record unless the charges were expunged. A criminal record can be expunged for example if: the ARD program was completed, the charges were dismissed or the person was found not guilty, more than 5 years have passed since a conviction for a summary offense, or more than 10 years have passed since the conviction for many misdemeanor offenses. If your case fits one of these examples, call Stroudsburg and Scranton Criminal Defense Attorney Robert J. Munley to discuss a possible expungement.

Atty. Munley is a criminal defense specialist. However, many of his clients rely on him for advice when they are injured through no fault of their own. Atty. Munley is associated with some of the most successful personal injury attorneys in Northeast Pennsylvania. If you or a loved one has suffered a personal injury due to the actions or negligence of another, call Atty. Munley and he will review your case at no charge and if your case qualifies, will refer you to one of his local associates who specialize in personal injury.

If you or a loved one are being charged with a crime in or around the Stroudsburg and Scranton areas, call Criminal Defense Attorney Robert J. Munley for a free review of your case. Atty. Munley will review the facts of your case, answer all of your questions, and recommend a course of action based on his 23 years of courtroom experience. 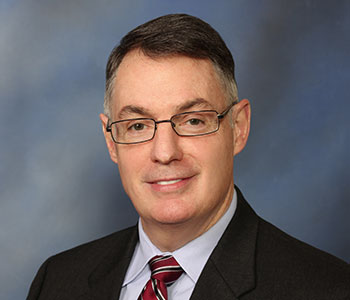 Bob Munley is the President of Attorney Robert J. Munley & Associates, with office locations in Scranton and Stroudsburg, Pennsylvania. The practice is devoted exclusively to representing individuals charged in criminal matters throughout all counties of Northeast Pennsylvania. Attorney Robert J. Munley has successfully represented thousands of clients throughout the counties of Northeastern Pennsylvania in all types of criminal cases.

VIEW MORE
Client Reviews
★★★★★
"Mr. Bob Munley is an extraordinary man who I was lucky enough to have represent me in my case last year. He is highly intelligent and cares for his clients on a more spiritual level. He works hard to get the best possible outcome. He was compassionate and helped me get through a very rough time in my life. I have the upmost respect for him as a person as well as an established attorney. I highly recommend his judgement and guidance for anyone who is facing a legal problem. I praise him to this day, I hope for the best!" EL
★★★★★
"Attorney Robert Munley was a great choice for representation for my DUI case. He outlined the details and process with clarity and simplicity and was very easy to talk to. He prepared me for what was to come and advised the proper steps to take in order for things to go as smoothly as they possibly could in such a stressful situation. He helped me get accepted to an ARD program that will eventually expunge my record as if Iw as never arrested in the first place. I highly recommend Robert Munley to anyone in need of representation for similar cases!" GC
View More
Submit a Law Firm Client Review
Contact Us